Szeto Keung, a mentor and a good friend passed away last week. One of the most popular figures in the Chinese artist community in New York in the last 30 some years, Szeto entered into the mainstream art world well before Chinese contemporary art was recognized. Represented by OK Harris as an artist for his own merit and not because of his ethnicity, he has been well respected by fellows of his generation and the younger. He was befriended with many Chinese artists and curators from Hong Kong, Taiwan and Mainland China, no matter well-known or unknown, for his very helpful and open-minded character. His studio in Spring Street was a meeting place and point of contacts for friends and acquaintance. Curious in different knowledges and Chinese cultures, Szeto was generous for conversations with elders or youngers.
I first met him in 1996 when he was the artist-in-residence in the Chinese University of Hong Kong where I was doing my MFA. Although he was very famous for his superrealist painting, I was impressed with his knowledge of Barthes and his insight in photography. As a student only, I was feeling so much encouraged by such a conversation in which you were fully respected as a mature artist. It was a brief encounter but impressing. Three years later I got an opportunity to reside in New York for 18 months. It was the time that I could really enjoy his humour and wisdom at the same time. As a walking dictionary for artists in New York City, his presence would always make you feel secure and easy. He could also exchange on many technical issues of art as well. Basically, I learnt how to operate a large format camera from him. I still use the camera that he used before.
With him, many nights in the diner round the corner of his studio where we had unlimited barely-drinkable watery coffee at 50 cents would just become joyful. He would also extend his social network for you, so you can survive many otherwise lonesome moments.
He might not want a label of Hong Kong artist on him but his importance in the Hong Kong contemporary art is unquestionable. He is always a good artist with substance and integrity. He is always missed.

A memorial will be held in the Eric Hotung Studio, Hong Kong Arts Centre on Sunday, September 18 at 7pm.
Posted by Studio bbq at 2:51 AM No comments:

Bomb damage on the exhibition road facade of the Victoria & Albert Museum.
Posted by Studio bbq at 1:21 AM No comments: 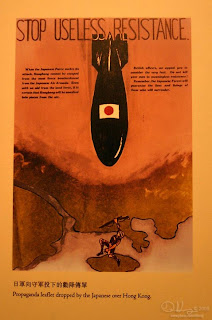 Propaganda leaflet dropped by the Japanese over Hong Kong.
Posted by Studio bbq at 1:14 AM No comments:

公園の隣に立っている英国式の建物が、『レジスラティブ・カウンシル・ビルディング』です。建物の上部には、ドームと彫刻が厳かな雰囲気を漂わせていました。
ヴィクトリア様式のドーム型の建物は香港のシンボルとして親しまれているそうです。回廊もヨーロッパにいるような感覚の雰囲気でステキでした☆
Posted by Studio bbq at 1:02 AM No comments:

Aston Webb imagined a city in the south.

“He would like to see a new city grow up on the south of the river, a city in which the gray streets should be opened up and the gloomy tenements swept away, in which light and air and beauty would be led into those parts of the city.” 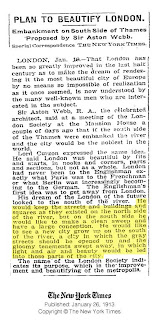