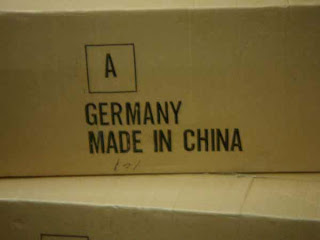 Posted by Studio bbq at 6:30 PM No comments:

Vanessa McRae, Exhibitions Manager of the Institute of Modern Art in Brisbane has spent eight weeks in Hong Kong as her AsiaLink residency. She talks about her observation and experience in the Hong Kong arts community.
listen
Posted by Studio bbq at 7:29 AM No comments: 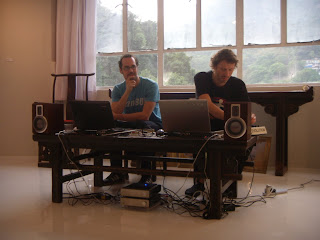 At a last-minute notice, I attended a sound performance by Austrian artists Christof Cargnelli and Berhard Gal. They actually very often presented installation works concerning sound and architectural space, an area not much explored in Hong Kong. It's a pity not many local artists and people like those behind in midair knew about this event.
Posted by Studio bbq at 6:15 PM No comments:

A chat in Cantonese with Jeff Leung to review this year's Microwave International New Media Arts Festival and the new media arts development in the main stream visual arts context.
listen
Posted by Studio bbq at 7:29 PM No comments:

A chat in Cantonese with independent curator Jeff Leung on the inaugural exhibition "'85 New Wave: the Birth of Chinese Contemporary Art" of the long-anticipated Ullens Center for Contemporary Art in Beijing; also some thoughts and observations on the art scene in Beijing.
listen
Posted by Studio bbq at 6:11 AM No comments:

The power of K 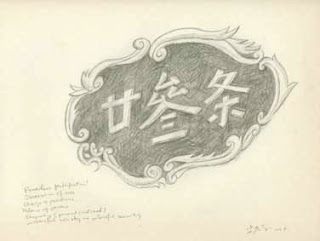 The "14K" T-shirt of G.O.D. got trouble with the police concerning the infamous triad society bearing the same name. It's time to re-consider how much freedom of speech we have and the law we have to comply. Suddenly it's become an obsession of a number with which we all have lived for long time. People might argue "14K" could mean so many different things and all depend on the context. In spite of the restrction of the Societies Ordinance, how wrong/bad is such an idea to bear the name of a frequently media-featured triad society on the T-shirt before the police argued against its unlawful status. It's the law which is supposed to protect us from the crime of the triad. I suppose someone(police?) felt offended by the T-shirt. Then we always remember someone here can be offended by art too. It's just scary that a T-shirt design could put you in jail. It's hard to understand: for the same meaning, "14" is ok but "14K" isn't.

I think there are many other things to put on T-shirt which is lawful but offensive! The drawing above was made after the G.O.D. design, replacing the Chinese characters 拾肆Ｋ(14K) with 廿參條(Article 23 which was about the national security and its drafting caused half a million people to demonstrate against the government in 2003).
Posted by Studio bbq at 1:10 AM No comments: 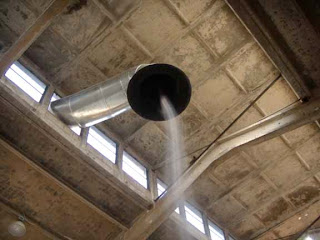 The "tornado" by Anish Kapoor In Galleria Continua was the best I saw in Beijing this time, really a must-see exhibition. 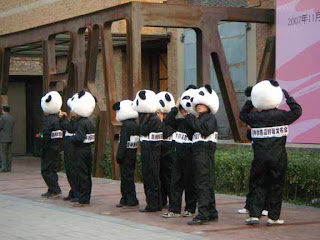 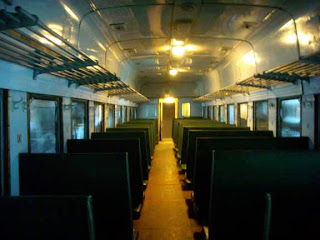 Qiu Anxiong's solo in the Universal Studio was great. Still full of details and subtleties in the spectacular train compartment. 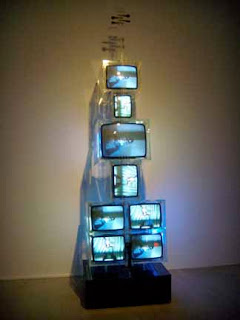 The Nam June Paik solo in Doart was nice. A lot of smaller pieces from different periods, good complement to his Guggenheim retrospective some years ago. 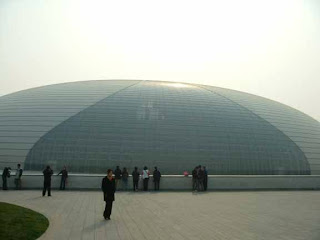 The Egg was not interesting as I expected. Too dry, too big and too much dwarfing the landscape around. 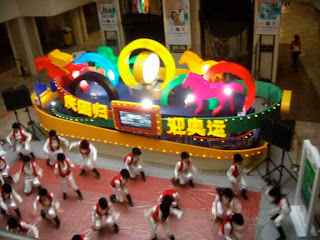 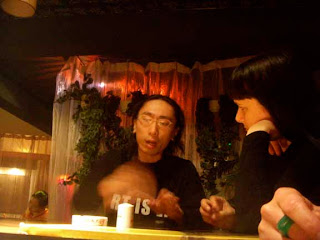 Dinner chat, Jeff & Vanessa
Posted by Studio bbq at 1:33 AM No comments: 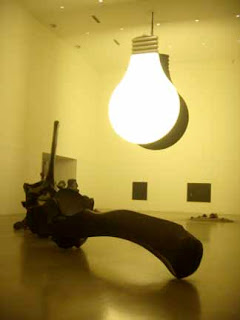 The current show curated by Huang Du in the Today Art Museum was interesting. The giant steel spine by Wang Jin was one of my favourites. 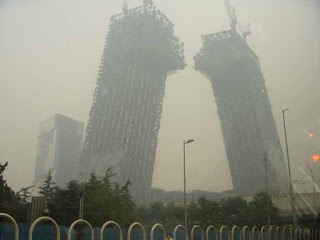 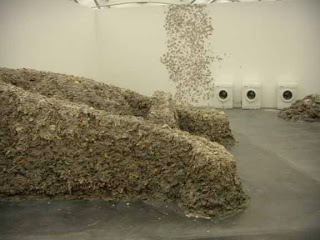 In the new Ullens Center, the '85 New Wave show was touching. You could just feel the artists' passion then which is kind of rare nowadays. Huang Yong Ping's seminal work re-made with brand-new washing machines.
Posted by Studio bbq at 12:25 AM No comments: