Just returned from Tokyo (where I went from Seoul) today and it marked the end my "Asia" tour -- 26 days on the road since the Chinese New Year to nine cities. Some of these cities I only went for the first time, like Yogyakarta and Saigon. I really feel lucky to have taken part in this Open Space project. Just trying to count from memory whom I have met (and had good chat): Mella, Davide, Wimo, Rock, Gentong, Angki, Ade, Reza, Indra, Chiao, Shun-chu, Mia, Yao, Henri, Fang, XuZheng, Cody, Arin, David Teh, Connelly, Tho, Chuong-Da, Marco, Michael, Hyunjin, Jinsuk, Sunjung, Hitomi, Kenji, Emil, Roger, Kai.... should be more than 32. Although travelling was exhausting, it's such a rare opportunity that I couldn't miss. It's intense but I also learnt a lot from them and these places. Big thanks. 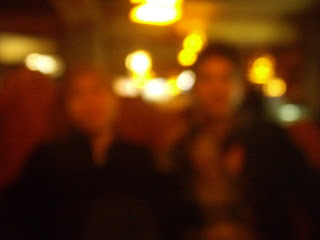 Michael and me in a Korean pizza shop in Seoul, photo taken by Cody. Cody is an interesting artist who spent 23 years in America, who I met in his solo show opening in Beijing. Michael is a contributing curator of this year's Busan Biennale. When I met him, he's already several meetings after arrival on the same day.
Posted by Studio bbq at 6:58 AM No comments: 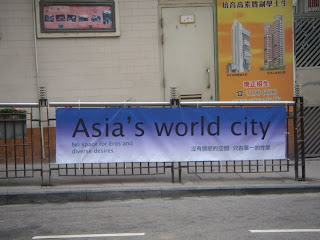 Info and images
Posted by Studio bbq at 9:13 AM No comments: